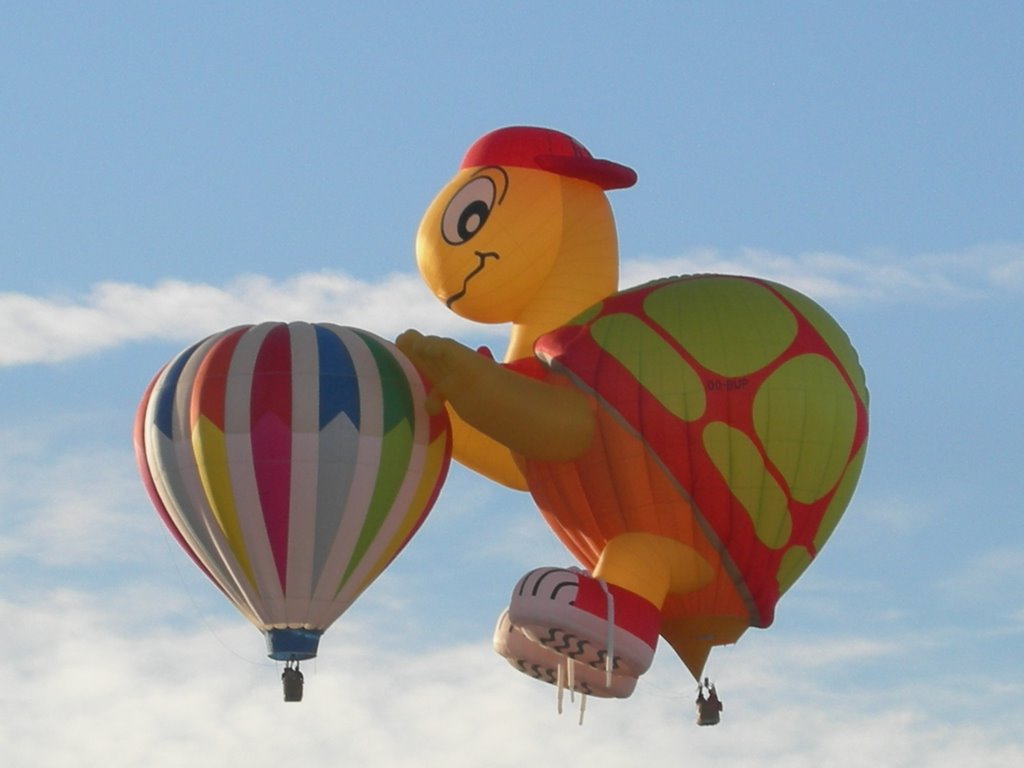 The Albuquerque International Balloon Fiesta is widely considered to be one of the most happening
festivals in the world today. Not least because of its unique attraction. That is - Hot air balloons!

This huge hot air balloon fiesta takes place in Albuquerque, New Mexico, every October, and the event runs for around nine days. During the festival's peak days, there are hundreds upon teeming hundreds
of colorful hot air balloons dotting the landscape sky.

The Air Balloon Festival Albuquerque is the largest balloon festival globally, with the Grand Est Mondial Air in France following a close second.

This mega Balloon Fiesta was launched in 1972, not as a standalone festival but more of a highlight of the popular 770 KOB Radio station's golden jubilee festival.

The story goes that the radio station manager Dick McKee had asked his friend Sid Cutter if the station could use his hot air balloon for their festivities. Sid owned Cutter Flying Service and was also the very
first person to own a modern hot air balloon in the state of New Mexico. During the conversation, they discovered that the single largest gathering of hot air balloons till that time had included 19 balloons floating simultaneously in England. KOB was interested in breaking that world record and asked Sid for any help in this regard. Cutter agreed to try. He approached 21 balloon pilots who all agreed to show up.

Unfortunately, bad weather blew a few of them off course. However, a sizable number did make it, and this was the launch of the grand Air Balloon Festival Albuquerque's course. The first fiesta eventually ended up with a decent-sized gathering of 13 balloons on the festival day, April 8, 1972.

KOB sponsored its first event in the parking lot of the Coronado Center Shopping Mall. Even with a mere 13 balloons in attendance, the show was jam-packed with 20,000 spectators, and balloonists showed up
all the way from Iowa, Michigan, Arizona, Minnesota, Nevada, California, and Texas.

McKee, Cutter, and Kratz were the three people who had originally started the balloon race concept in Albuquerque.

This unique fiesta incorporated a theme to spice things up. The organizing team dubbed it the "Roadrunner-Coyote Balloon Race" with the lead balloon being the "Roadrunner" while the rest of them were "Coyote" balloons. The organizers went so far as to emblazon the balloon with remarkable likenesses of both of these extremely famous Warner Brothers characters.

The ultimate winner of this balloon race was the "Coyote" that was able to land as close to the Roadrunner Balloon as possible. Don Piccard of Aerostation Dynasty bagged the honors. To this very day, this race continues as an integral part of the Albuquerque festival of balloons.

The very next year, Albuquerque went on to host the world's very first Hot-Air Balloon Championships, and the event went international with balloon enthusiasts and fans showing up from all over the world. Some people showed up in RVs, some in custom-designed rigs, and others simply from nearby towns and cities.

The festival was rapidly making its mark on the ballooning world and as a hub of fun activities in the state. By 1975 Albuquerque was well on its way towards hosting the World Championships. It retained the interest of ballooning fans by holding races outside the festival as well.

Over the years, the Balloon Fiesta grew from strength to strength, and as the years stretched into decades, it became the defining hot air ballooning event on the planet. The total number of registered balloons reached a peak of 1,019 in 2000, which led to safety concerns due to so many balloons being in the air simultaneously. The organizers set limits for the total number of balloons allowed into the air at any point in time. 600 balloons were allowed in 2009. The city of Albuquerque was growing very rapidly and this led to a loss of safe landing zones.

Once the festival opens up, there may be up to 100,000 spectators plus those on the launch field on any given day. Here, they are provided with the rare opportunity to observe the various balloons' inflation, launch, and take-off procedures. It is here that the many newcomers take to this exciting sport and become one with the winds. Apart from that, countless people have now gathered at the various landing sites all over the city to watch incoming balloons. From packing picnic lunches to hobnobbing
with the' who's who' of this sport, this festival does it all.

The Albuquerque International Balloon Fiesta is probably one of the most world-renowned attractions and RV destinations for families with kids of all ages. In the over five decades since its existence, the first week of October brings with it the tantalizing aromas and gorgeous smells of sizzling roasting steaks on open-air barbeques. Colorful pennants, buntings, and the mesmerizingly beautiful picture of hot air balloons sailing majestically through the crisp fall air.

The festival plays hosts to guests and participants from all over the world who come to Albuquerque for their love of hot air ballooning. Thousands of balloons take flight from the Balloon Fiesta Park during this annual festival. It is truly a sight to behold. This is one global celebration that you really would not like to miss at all!

The Hottest Events of This Festival

There are plenty of events at the festival that have been designed around fun and family entertainment. Some of the most exciting ones include the following:

The Dawn Patrol event began around the late 70s. The event came about due to an early morning inspiration. Two California balloonists managed to develop a position lighting system that effectively enabled them to fly even at night.

The pilots taking part in the Dawn Patrol take off well before sunrise, and these pathfinders fly over the New Mexico countryside. They do this until it is light enough to check out the safe landing sites that dot the area. Many of their fellow balloonists appreciate the Dawn Patrol because they can watch these trail-blazing balloons and get an idea regarding wind speeds and directions at the altitudes they intend to fly.

This is one of the biggest events of the ABQ International Balloon Fiesta. All of the participating balloons are launched in two separate waves. The skies over ABQ rapidly start filling up with hundreds of balloons at the same time. This particular event is so crowded that there are separate 'launch directors' to coordinate the Mass Ascension event. These balloon cops are also called "zebras" due to their black-and-white-striped outfits. They are the traffic police for this special event, and they coordinate the
entire launch sequence so that the hot air balloons leave their respective fields in a safe manner.

Many of ABQ's budding local artistic talents take advantage of these graceful balloons as the topic of choice for their landscape paintings. Sometimes these balloons often come down in various Albuquerque neighborhoods. The residents generally greet the aspiring aeronauts with cans of chilled beer as they work their machines and get right back into the air. 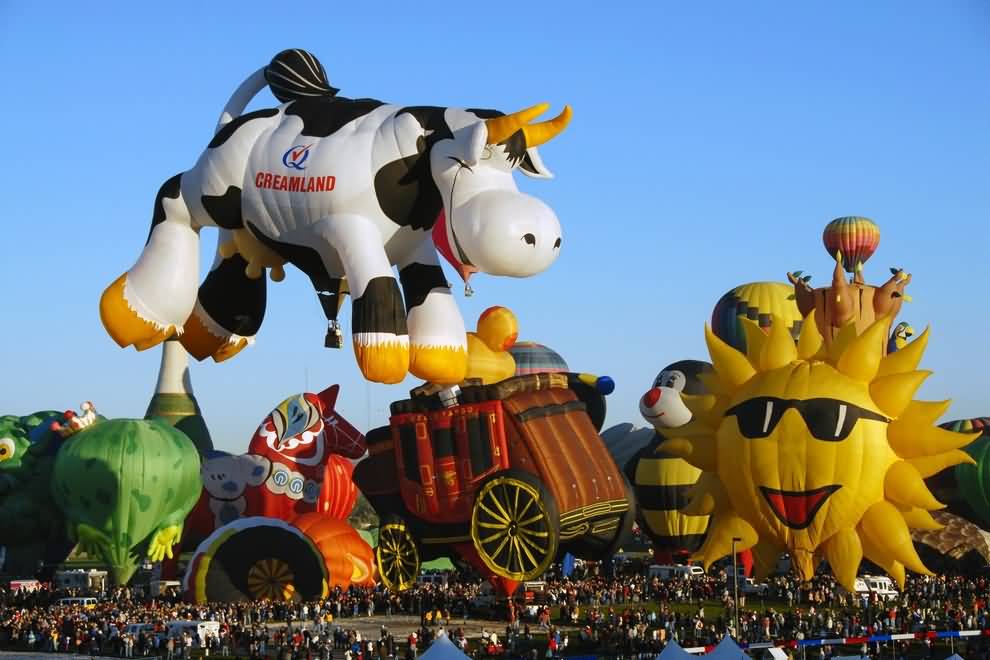 Special Shapes Rodeo features balloons of different shapes such as a milk cow, a wagon, and the sun.

Many non-traditional and uniquely shaped balloons are launched by aeronauts simultaneously. Some of the now more famous shapes include twin bees, a wagon coach, a milk cow, and various other balloons
shaped like soda pop cans and even different animals. So great is their appeal that many families travel in RVs from all over the country just to see these well-made balloons take to the air. This is also an extremely popular event as families can see how balloons can be created in a variety of shapes and sizes.

Many of these giant hot air balloons are regularly illuminated every night by their propane flame burners. They are, however, firmly rooted in the ground and stand static. They don't take off during the Balloon Glow event. The "Glowdeo" event is a remarkable night only event for special shaped balloons. It is designed to put on a great show, and the balloonists regularly try to outdo themselves to create that perfect Glowdeo Balloon. The flickering flames and fantastic shapes create an aura onto themselves.

Some of the other cool and interesting events include:

Enjoy the Local Culture and Cuisine

The Albuquerque New Mexico balloon fiesta is renowned as a major showcase of New Mexican culture and history. It regularly features numerous cultural exhibitions and similar artifacts, and as of now, the
fiesta is Albuquerque's largest tourist attraction.

The assortment of food and other culinary delights alone make it an absolute must-visit. Here, you will be able to get to enjoy Authentic Mexican Food.

How to get to the Event

The Balloon Fiesta regularly sets up five campsites exclusively for RV parking. Each slot has its own rally-style space at each site. There are various amenities, and costs range from $40 to $250 or so per slot per
night. Here it is very important to understand that all of these sites tend to fill up very quickly. In fact, you will have to book your slot a full year in advance.

Making reservations is easy if you do the needful in advance. But if you miss out on the parade, there is no need to feel disappointed since there are plenty of off-site RV camping stations close by. Not to mention the many parks and ride options for commuting to the fiesta. You can book your RV site online at the Balloon Fiesta Website.

If you want to enjoy the festival and can't get any parking slots, you can simply use any one of the many offsite camps that dot the landscape.

It is located only a few short minutes from the Balloon Fiesta. This is a very popular RV resort and offers some truly great amenities such as a free continental breakfast on arrival, updated restroom facilities, and even onsite propane. Both back-in, as well as pull-through spaces, are also available, and each site comes with its own concrete patio along with a picnic table.

This is one fun campground that offers plenty of exciting stuff to do even when you are not ballooning all over New Mexico. It has its own miniature golf course as well as bicycle rentals and even a general store that is always well stocked with souvenirs and supplies. Full water and electric hookups available, and the campground even has its very own onsite dump station. The 80-foot sites are massive enough to accommodate just about all RVs.

Tickets and Other Costs

General admission for the Albuquerque Balloon Fiesta weekend typically costs $10 per person. However, children who are 12 and younger can enter the festival grounds for free. The festival now also offers a bundle package of five general admission tickets for $45.

If you want to sample local cuisine beyond the festival, the Sky City at the Acoma Pueblo is the place to go for a meal. They also have an excellent cultural center to cater to your intellectual curiosity regarding the history of the place.

What You Should Take With You

You will need some of the following items with you at all times while attending the festival:

No point in going to a Balloon festival if you are not interested in capturing the memories.

In case you lose the main one.

October can be pretty chilly in New Mexico, so make sure you are bundled up properly.

Chilly or not, the sun is definitely going to be an issue, so grab as much of the stuff as you can.

If you are going to get up at the crack of dawn, you will need some coffee to get rid of the cobwebs.

No sense in getting dehydrated.

Rent an RV from MangoRV and head off to the greatest of balloon festivals in New Mexico. Adventures
are waiting for you! 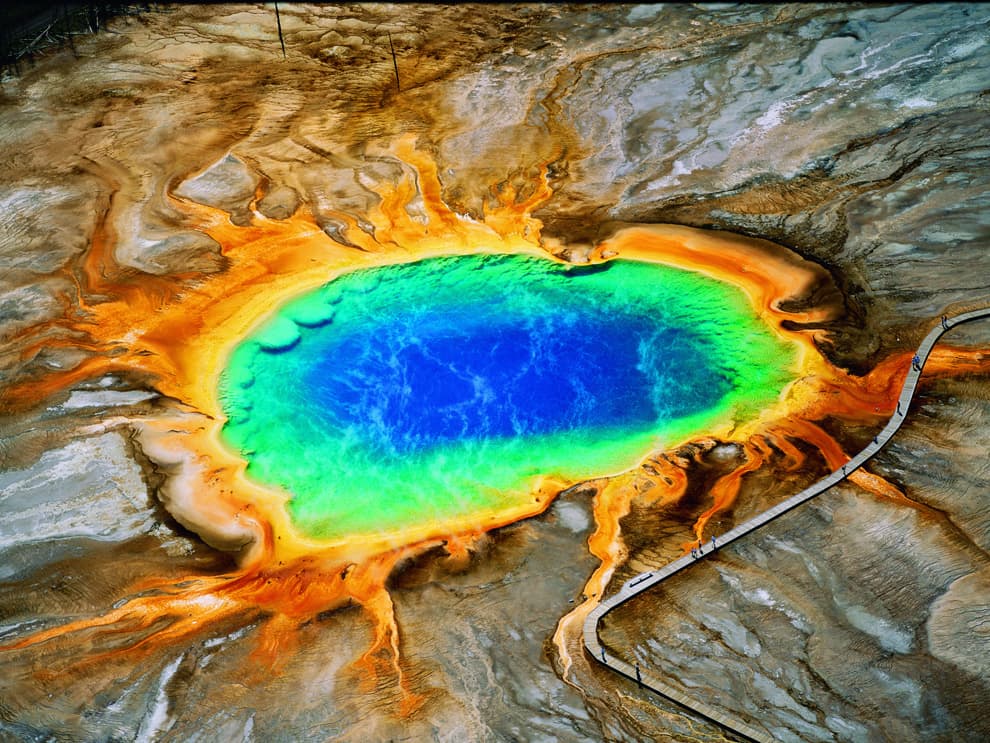 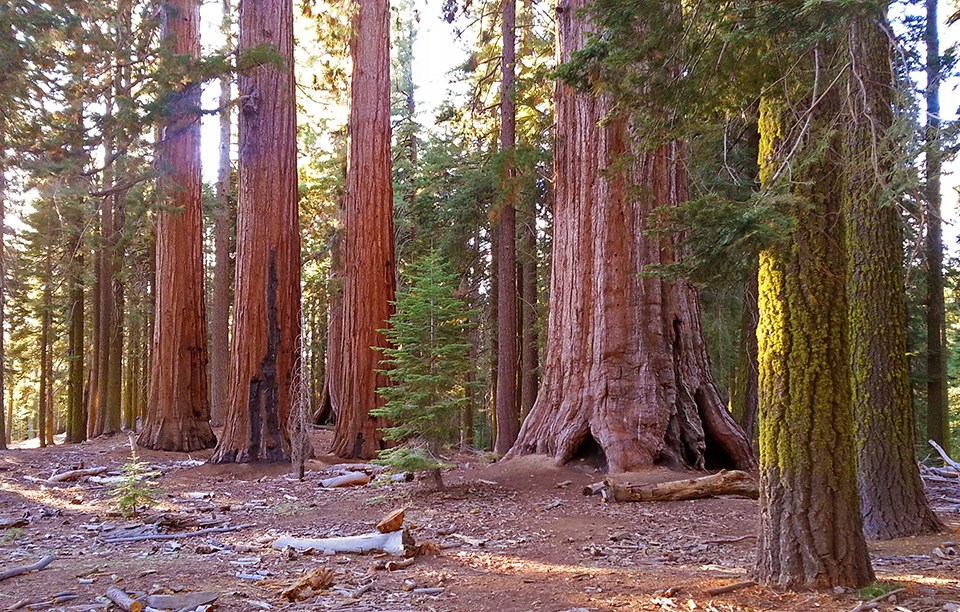 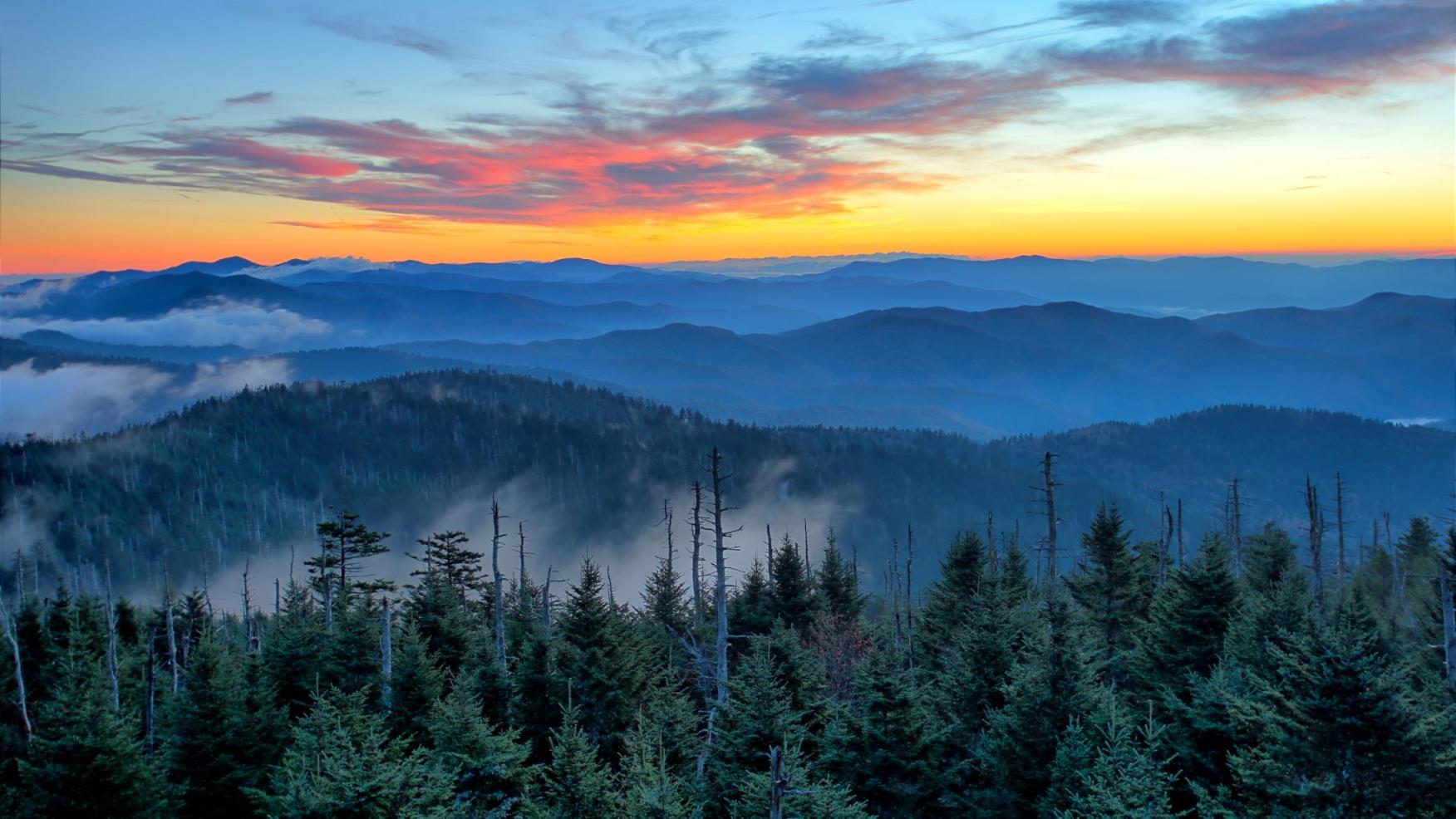